Annual Indonesia Year End Race in its 6th year running since 2009, was held at the SIS or Sunter International Speedway in the northern region of Jakarta, Indonesia on 30-31 November 2014. Organized by Suwardi Suliandy, one of the leading RC track and shop owner in Indonesia, 5 classes up to 100 entries ran this year with Shortcourse, FF, 1/12 Pancar,  Mini and Super Stock Touring. 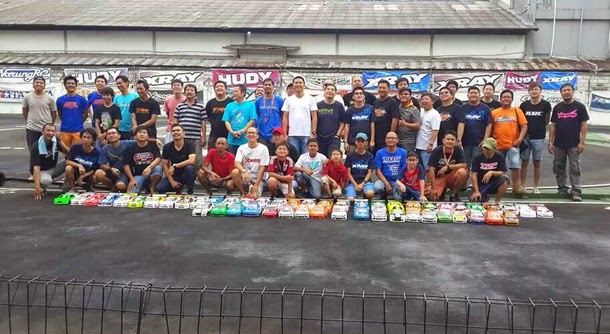 Layout was the same as last year except it was sugar-watered this year. Largest class being the Super Stock Touring, with after 4 rounds of qualifying on Saturday Bowie Ginting from Indonesia took the overnight top qualifier spot ahead of fellow countryman M.Izzah and P.Y.Tang from Team ARC Singapore. Qualifying round 5 on Sunday saw no changes in top 10 timing except for Ronny S. climbing to 6th from 9th. 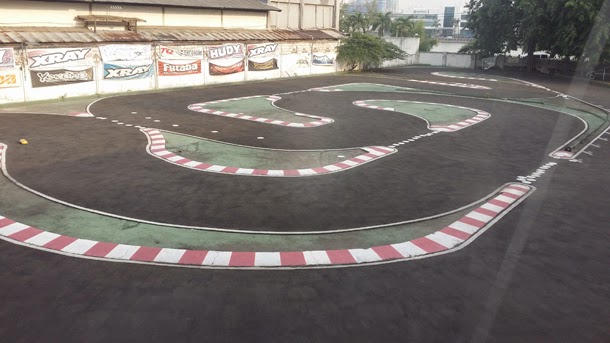 In Final Leg 1, Bowie Ginting took an early lead and went on to win the leg. M.Izzah took 2nd and Peter 3rd. Things did not go well this weekend for P.Y.Tang as he retired in the 3rd minute after suffering from an imbalanced front tire. Final Leg 2 again saw Bowie Ginting leading the race, while M.Izzah and P.Y.Tang were fighting for 2nd with Ronny S. following closely behind. The affair stayed in that position as P.Y.Tang, despite having more horsepower on the long straight, unable to pass M.Izzah. Final Leg 3 was another close fight for 2nd position with P.Y.Tang and Peter, with M.Izzah falling behind. Leg 3 ended with Bowie Ginting taking the win.