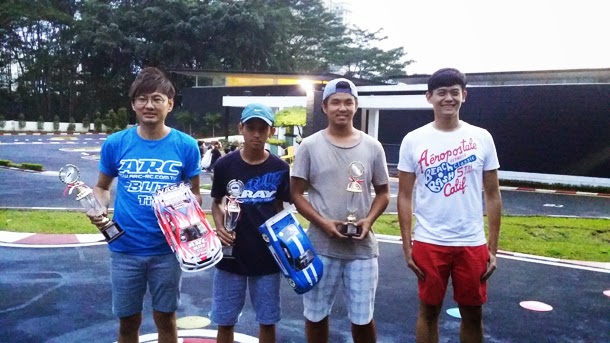 Team ARC driver P.Y.Tang was recently invited to the PI Year End Race in Jakarta, Indonesia. The fantastic event was held in a awesome facility in a home-based race track. The track was sugar-watered with medium-to-high grip, medium-size layout of around mid-11s lap with some interesting banking and dipping corners. 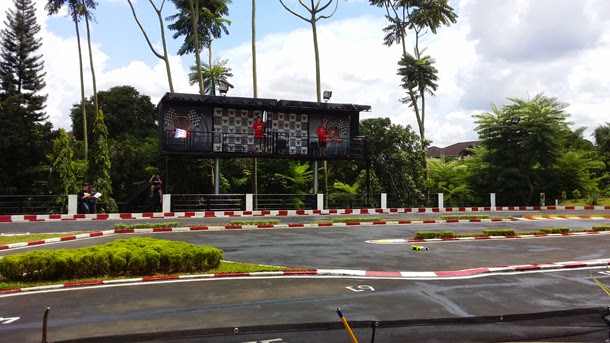 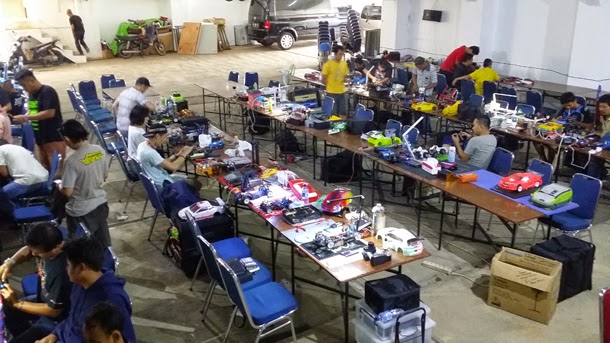 There were about 80 entries competing in Short Course, 1/12 Pan Car, Sportsman, M-Chassis, FF and Super Stock 13.5T Touring. A total of 4 qualifying rounds, 3 on Saturday and 1 of Sunday were scheduled, but unfortunately due to rain, only 1 qualifying was completed on Saturday and practise session was hardly done with rain on the Friday as well. 2 more qualifying were done on Sunday with rain drizzle disruption midway before the finals. Local Indonesia M.Izzah took the TQ position, followed by P.Y.Tang and Nando in 3rd. 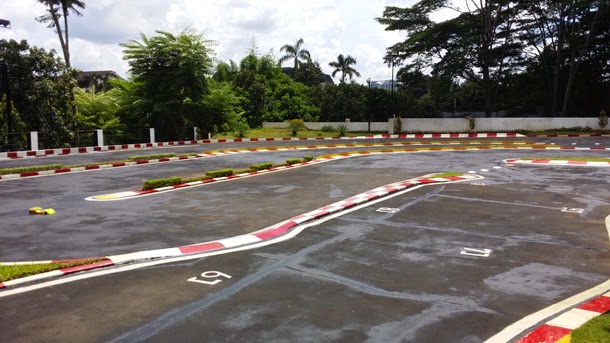 Running out of time, finals were cut short after just running 1 leg. A close fight between M.Izzah and P.Y.Tang got the crowd on its feet. P.Y.Tang started off the tone pressuring M.Izzah and made a pass on the right hand sweeper as M.Izzah got wide. In the closing minute, P.Y.Tang got sideways going on a banking corner allowing M.Izzah to take back the lead and the win.